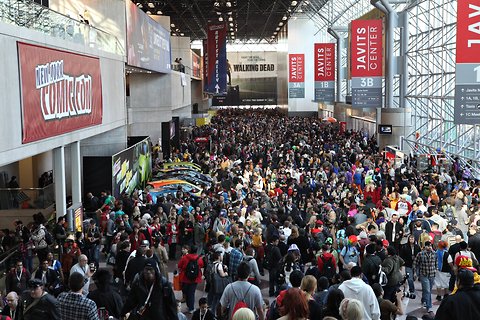 The scene at the Jacob K. Javits Center on Saturday, where four vinyl-wrapped Chevy Sparks were displayed.


Last weekend, Chevrolet wagered that the Boba Fetts wandering New York Comic-Con would need a new set of wheels, if only for those times when the jet packs of the Star Wars bounty hunters were in the shop. 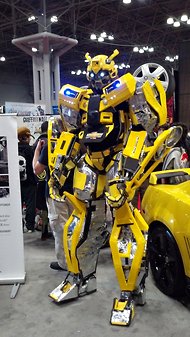 Nick Kurczewski Bumblebee, at New York Comic-Con.
The automaker made its second official appearance at the annual convention for comic art and pop culture, which welcomed tens of thousands to the Jacob K. Javits Convention Center from Thursday to Sunday.
The Chevrolet stand, in the middle of the main show floor, included a Transformers Edition Camaro painted bright yellow with black racing stripes. Lest attendees miss the eye-searing paint job, adjacent to the Camaro was a gentleman dressed as Bumblebee, the Transformers character who assumed the shape of the Camaro in his automotive form.