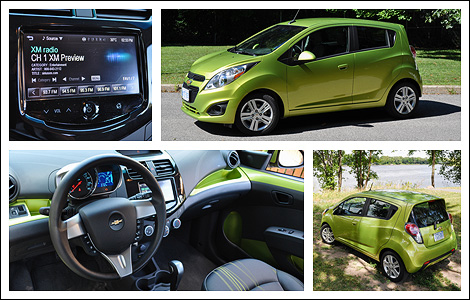 In no time flat theyve unleashed what is, IMO, the best Chevy product in 25 years, the Cruze, followed closely by a subcompact Sonic and now, the new 2013 Chevrolet Spark.

The global Spark has already been on sale in other markets for the last three years. The arrival of the Spark in NA coincides with its mid-cycle refresh. A few minor improvements were made specifically for Canada and the USA; Ill get to them later.

This car is, without a doubt, aimed at a younger crowd much like the Sonic. Therein lays the problem. GM dealers and marketing have a daunting task ahead of them with these three cars that will be neatly slotted side-by-side in showrooms. In a nutshell, the Spark starts at $13,495; the Sonic sedan at $14,495; and the Cruze LS at $14,995. How to differentiate the ins-and-outs of these like-minded cars will be tough.

Heres what I think of the 2013 Chevrolet Spark:

Sparkly on the outside
The person who designed the Spark was most likely unhampered by some old guy micromanaging his or her every decision. Should there have been? Only time will tell. I say this because, like the Sonic, there is some disparity between the levels of attention given to the front, sides and rear of the car. In my mind though, the Spark is a far better looking and finished product than the Sonic 5-door.

One need only look at the body-line creases, crazy headlights and mostly well integrated rear tails and spoiler to see that GM followed through with this cars design. 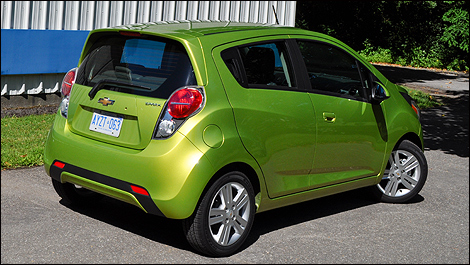 Not so much on the inside
The cabin is fair and ergonomically laid out, but falls flat when lined up beside that of the Sonic. The simplistic dash motif will fail to capture the attention of the sub-25-year-olds. The ability to select from many interior/exterior color combinations may help, but Im not quite sure itll be enough.

What may save the game is the optional $1,000 Audio & Connectivity package that includes a 7" diagonal, colour touchscreen. It may be the most intuitive system Ive ever encountered.

Another worthy accessory is the BringGo navigation. It is an embedded app that -- for a one-time fee that should hover around $50 -- acts as a navigation system that is accessible through the Audio & Connectivity packages screen.

The 2013 Chevrolet Spark will accommodate up to four passengers in decent comfort. Elbows may touch and knees may get grabbed, but leg and headroom up front are vast for such a diminutive car. The rear is cozy, but better than acceptable depending on the fore and aft positioning of the front seats.

In the growing microcar segment, the Spark currently holds the title of largest boot at 323 litres, that is if you dont consider the smart fortwos rating of 340 litres which includes piling stuff up to the roof. 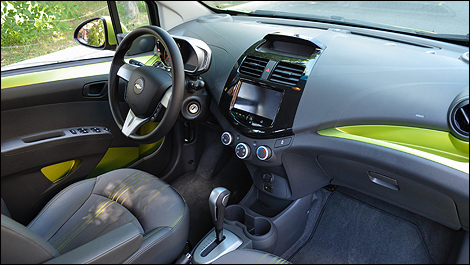 The Spark
That which gives the Spark its name (not really) is its 1.25L ECOTEC 4-cylinder engine. This is one of the minor improvements that have been made. Elsewhere, the Spark runs with a 1.2L Rated at 85 hp and 82 lb-ft of torque, the motor is lively and far less buzz-y than I expected.

Transmission choices are seemingly stuck in 2002. Unfortunately, the Spark has to make do with a 5-speed manual -- OK, I guess -- or an optional, dismal 4-speed automatic and not a 6-speed as with the Sonic or Cruze. As the majority of cars available for driving were fitted with the autobox, it is the only one I evaluated.

The 4-speed is a fun-killer; it works fine with what it has, but resists downshifts and holds gears as long as it can when accelerating. In 4th, at 100 km/h, engine revs are kept well below 3,000 rpm. Another upgrade made to the Spark for us is enhanced sound absorption. This ,and a low-revving engine, create a fairly quiet environment. 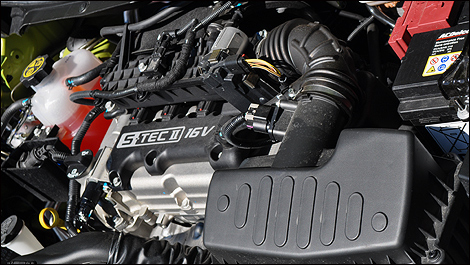 
Join Date: Jul 2012
Posts: 138
Better than expected ride
The 2013 Chevrolet Spark holds its own where ride quality is concerned. The larger tires and softer-tuned suspension (more changes for NA) provide a well controlled ride. The electric power-assisted steering generates a tad too much assistance for my liking, but around town driver input efforts are next to nil.

The Spark is an agile, urban car that is decently well suited for highway travel, so long as passing manoeuvres are calculated. Merging produces the same challenges, however, it is no worse for wear when compared with the Scion iQ, smart fortwo or Fiat 500.

An important reason for the existence of this car is its expected frugality. According to GM, the Spark should consume fuel at a rate of between 5 and 5.5L per 100 km. These numbers slot it between the iQ and the 500, and tie it up with the fortwo. 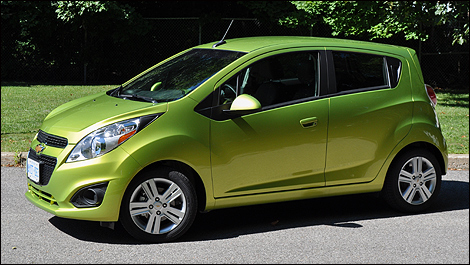 The Spark
Small need not equal unsafe. As per usual, GM’s latest cars are packed with safety features and they include Stabilitrak, 10 airbags, some ultra-strength steel and, as a unique feature, hill hold.

Entering the microcar segment is a new foray for GM. This is their first attempt at this type of car and on its own; the Spark is solid enough to do well. Chevrolet peeps expect that the base LS trim should take up to 50% of sales, with a few options.

The Spark is another car that, on paper, offers everything that the youthful buyer is looking for: be it styling, gadgets, connectivity, or fuel economy -- all on a budget and all elements the marketing gurus think the young peeps want. Once again, only time will tell how it all unfolds.

Interestingly, GM has announced the coming of a Spark EV as early as the 2014 MY. 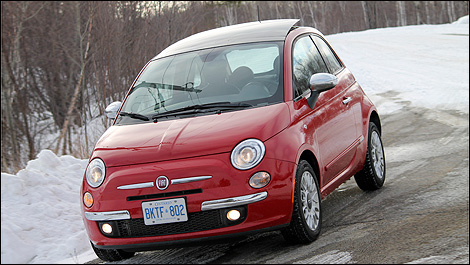 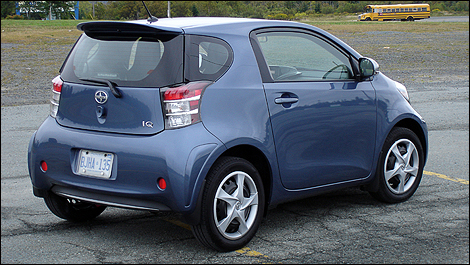 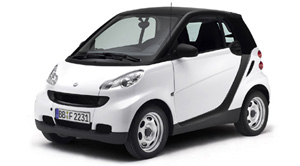