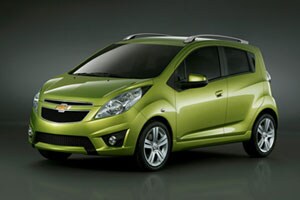 Critical Knowledge:
Introduction
In an effort to strengthen its market position and lessen its dependence on large trucks and SUVs, GM has announced that it will build the 2012 Chevrolet Spark mini car. The announcement took place at the 2009 North American International Auto Show in Detroit on Jan. 11. The all-new Spark, a 5-door hatchback based on the Chevrolet Beat concept car that debuted at the 2007 New York Auto Show, was designed and will be built in South Korea by GM-Daewoo. Built on GM's global mini-car platform, the production version of the new Spark will be unveiled at the Geneva Auto Show in March. GM plans initial sales in Europe beginning in early 2010; the Spark is scheduled to arrive in U.S. showrooms in late 2011, according to a GM spokesperson. As the Spark will be a global car for GM, it will be rolled out to other markets following its debut in Europe and North America.